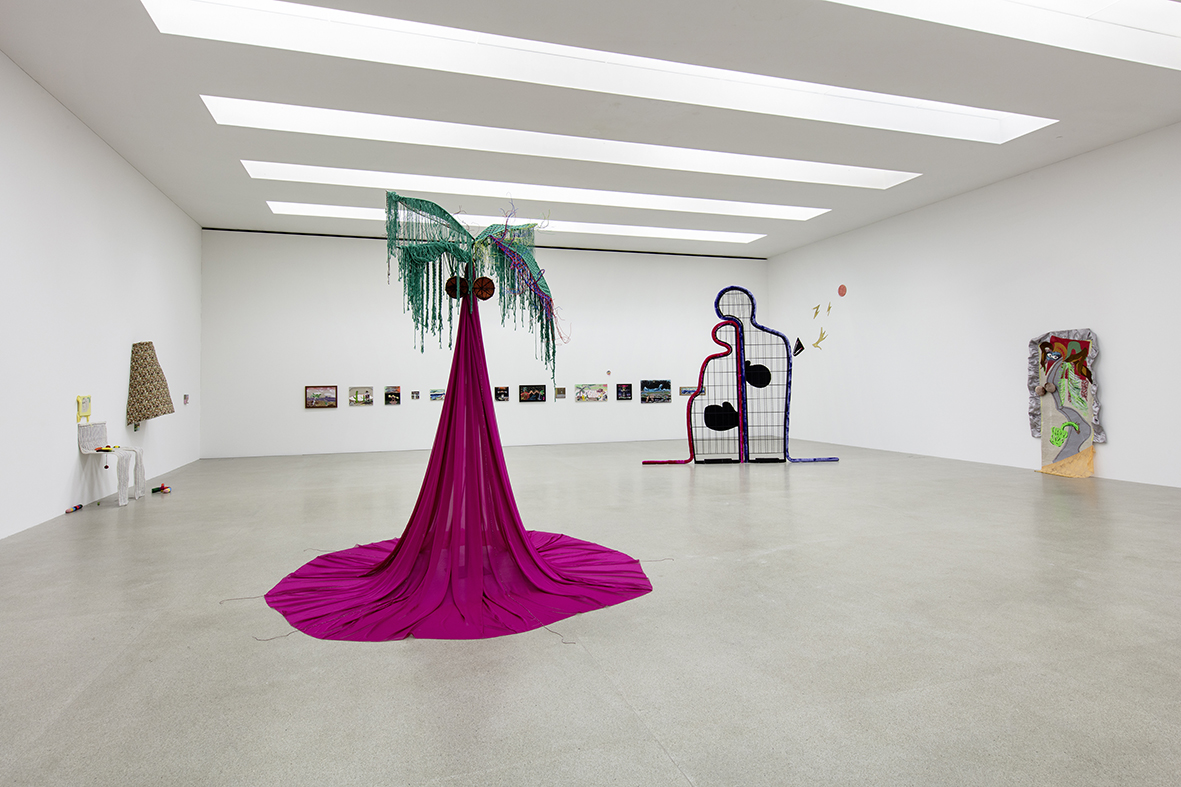 Nilbar Güreş (*1977, TUR), who lives and works in Vienna and Istanbul, is one of the most interesting and successful contemporary artists. Her work deals with social questions such as cultural diversity or queer modes of life and highlights the possibilities of an open society. Raising awareness through art of the discourses concerning minorities has a lasting effect. Güreş questions conventional roles of and relationships between the sexes and indicates potentials for strengthening feminine and queer identities. Her artistic practice is based on subtle moments of resistance, whose staging on the margin of the everyday appears quietly radical. Nilbar Güreş’ work is marked by humour and playful irony, revealing a consistent criticism of socio-political conventions. The performative character manifests itself in her photographic and sculptural works, but is also apparent figuratively in her collages and drawings. In these anarchic seeming settings with stage-like arrangements the artist creates a precise and expressive vocabulary.

Following the artist’s one-person exhibition at the Lentos Kunstmuseum in Linz, Austria (2018), which provided a broad overview of her work from 2005 to 2018, and her most recent exhibition at the Badischer Kunstverein in Karlsruhe (2019), the main focus of the monographic exhibition in Biel is on the last six years of Güreş’ career.Güreş works in a variety of media, including painting, sculpture, installation, photography, film, performance, collage and drawing. Important elements of her work are the aspects of women’s lives and relationships that are inclusive and show solidarity, as well as the way in which they integrate their worlds into existing systems. The artist makes seemingly normal landscapes and geographies which she interlaces, however, with minimal adjustments, thereby conferring on them a touch of surrealism and a sense of the absurd.

Textiles are an important medium for the artist, which she incorporates in her photographs, collages and sculptures, in order to reflect perceptions of the body and social structures of possession. During her study of painting in Istanbul and painting and graphic design at the Vienna Academy of Fine Arts, as well as her training in fine art and textile design, Güreş was already intensively involved with the medium of textiles. Many of the different fabrics used in her work were acquired from women in the artist’s immediate milieu. They derive from different periods, often reflecting private memories or political situations.

Characteristic of Güreş’ collages are pictorial and graphic elements to which she adds fragments of textiles. In her collages the artist frequently takes up themes related specifically to the sexes, questioning conventional female roles within patriarchal family structures and symbolising the collective empowerment of women resulting from processes of solidarity.Fabrics are also often the basis for Nilbar Güreş’ sculptures, sometimes in the form of cushions, that are used as a dowry in Turkey. Her textile sculptures frequently have a fetishist character and refer to body parts. The artist’s multi-faceted approach to patterns and fabrics forms a productive source for subversive appropriation.

In recent works, such as Sour as a Lemon (2020), fabric is transferred from the traditional context of handicraft to the (trans)gender political narratives of the sculptures.