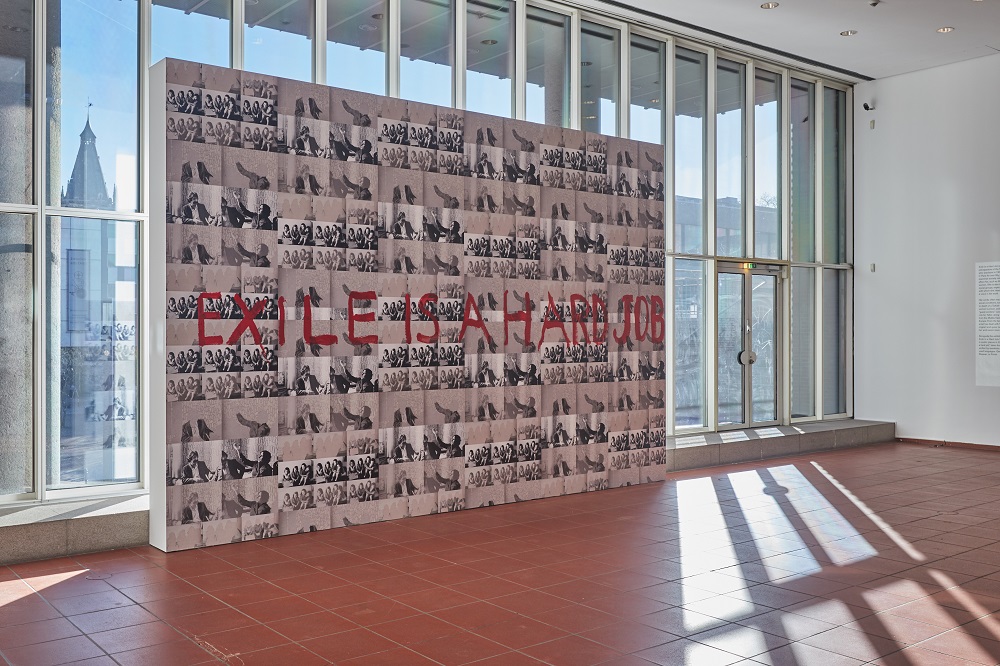 Since the 1970s, Nil Yalter has worked as a pioneer of socially engaged and technically advanced art. She is oneof the first artists in France to use the newly emerging medium of video. Born in Cairo in 1938, the artist grew upin Istanbul and has been living in Paris since 1965. With Yalter’s first survey exhibition in Germany, the Museum Ludwig is presenting the diversity of her work, including previously little-known paintings from her early workand video installations from the early 1970s to multimedia installations in which she combines photography,video, drawings, and sculpture into collages. The exhibition traces the path of her engaged aesthetic.

Nil Yalter’s works emerge from current political situations such as the sentencing to death of a Turkish activist, daily life in a women’s prison, or the living conditions of illiterate “guest workers.” Language plays an importantrole for her, along with cultural influences from the Middle East, Turkey, and Western Europe. She sensitively integrates the voices of the people depicted in her works. Using a quasi-anthropological methodology, she reflects the life situation of these individuals and makes marginalized groups of people visible. Already in the1970s, the artist began dealing with feminist issues, including migrant and queer perspectives. This makes herwork seem more relevant than ever today.

For her exhibition at the Museum Ludwig, the poster series Exile Is a Hard Job / Walls will be continued in public places in Cologne. Plastered on walls like wallpaper, the drawings and photos from her 1977 work TurkishImmigrants are put up without authorization in various neighborhoods. She writes the slogan “Exile is a hard job” on the posters in the dominant language of each neighborhood: German, Turkish, Arabic, Russian, or Polish.The work is by and for migrants, whose existence is both obvious and absent.