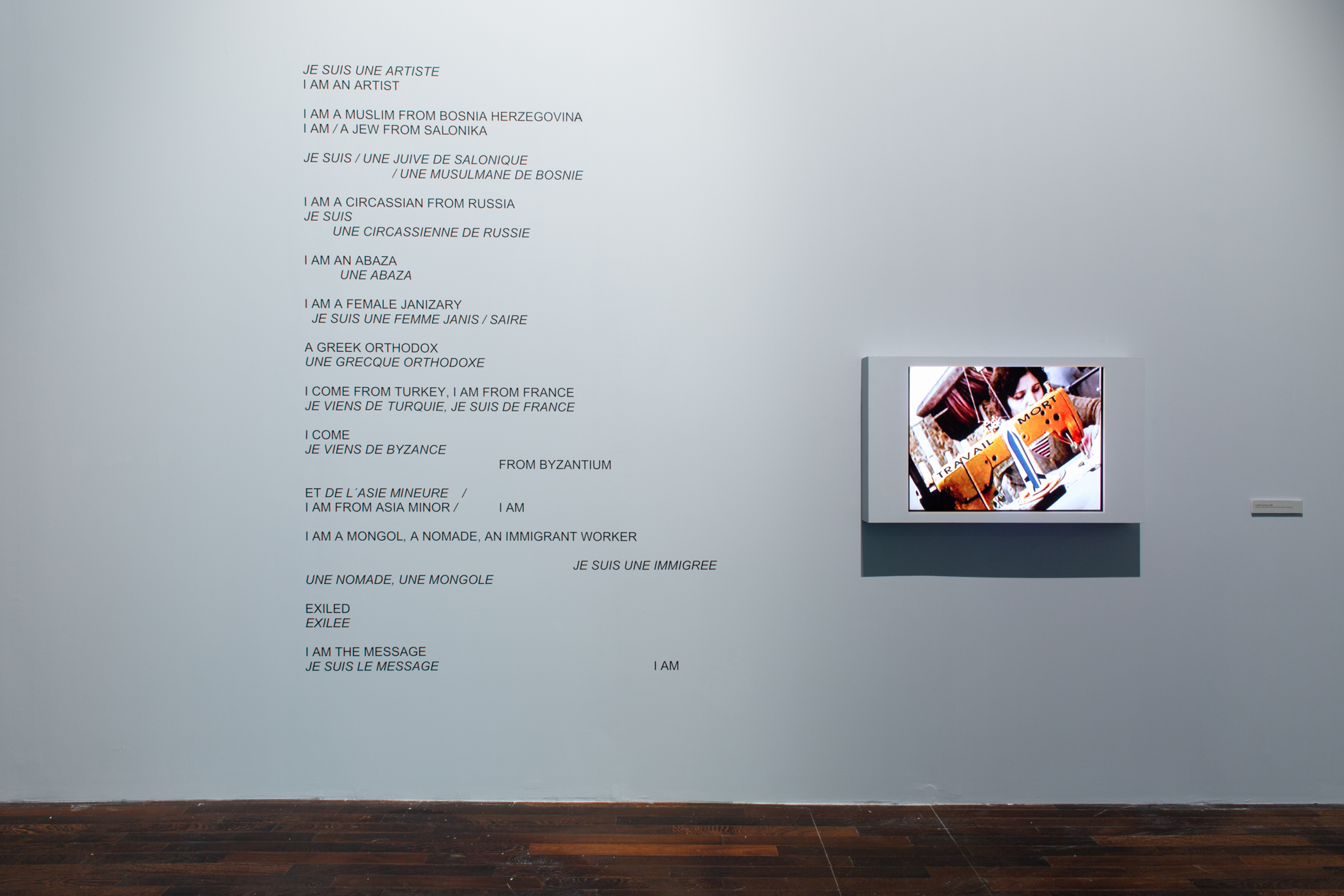 Nil Yalter’s ‘Exile is a Hard Job’ and ‘Circular Rituals’ works are exhibited as part of the major cross-border exhibition project ‘Diversity United’ from June 9 to September 19 in two hangars at Tempelhofer Feld.

With stops in Berlin, Moscow and Paris, the Diversity United exhibition addresses themes such as freedom and dignity, dialogue and conflict, political and personal identity, democracy and its erosion, (fear of) the future, solidarity and separation, the current pandemic and its consequences.

The exhibition shows the vitality and diversity of the contemporary European art scene after the fall of the Iron Curtain until today and underlines the importance of intercultural dialogue in times of political uncertainties. It poses questions about freedom, dignity, democracy and respect and takes a look at historically relevant and current issues: political and personal identity, migration, (inner) landscape, gender discourse and equality, nationality and territoriality, geopolitical and social conflicts.