In this new body of work, Akdeniz, who has been painting for almost two decades, goes a step further from her surrealist and spatially fictional works by erasing space completely. She has also stopped using the color white; partly to challenge herself in the medium and perhaps subconsciously appropriate to the commentary of and in these new paintings themselves. The colors of her backgrounds are deep shades of purples, blues, greens and reds and golds.

The jewel-tones of the works and the objects represented and referenced invoke an Eastern sensibility, a foreign-ness, an intentionally 'Orientalist’ depiction you might say. There are no human forms but only the suggestion and insinuation of them through objects floating on her obscure and colorful surfaces, made ever-more mysterious by a kind of smokiness with unknown sources of light. This is not uncommon for Akdeniz. Her works almost never have a full human-form, privileging instead objects and architectures or animals or parts of the human body. In the case of these new works, track-suits, eggplants, green peppers, plastic chairs and slippers, prayer beads, unicorn balloons, and even Shéhérazade makes an appearance. All of the objects float, disembodied and weighted with signification. In fact, since 2002, starting with her ‘Bauhaus Series,’ Akdeniz has been investigating the belief systems and ontologies of and around objects as artifacts.

Even without bodies, the masculine and feminine are referenced, a whole world and story is stitched. A play on Magritte’s ‘Shéhérazade’ (1950), Akdeniz’s depiction of Shéhérazade has no mouth, only eyes, and in place of pearls framing her eyes are prayer beads. Akdeniz’s Shéhérazade is bereft of the very thing that kept the mythical Eastern character who told the tale of 1001 Nights, alive - her voice and in turn, her story. You can imagine what this erasure may represent.

Akdeniz’s new works are about the unnatural and ironic, the non-place, floating feeling of being an immigrant; and the iconic objects and signs therein, specifically in reference to immigrants from Turkey or the Middle East (as is the personal case for Akdeniz, who emigrated from Turkey to Germany in 1998 and then to Belgium in 2018). The exhibition reflects the duality, content, and discomfort of its title, too. ‘In situ’ a phrase of latin origin meaning 'in the natural position or place,' is placed, unnaturally, next to the German language ‘wo’ for ‘where.’ 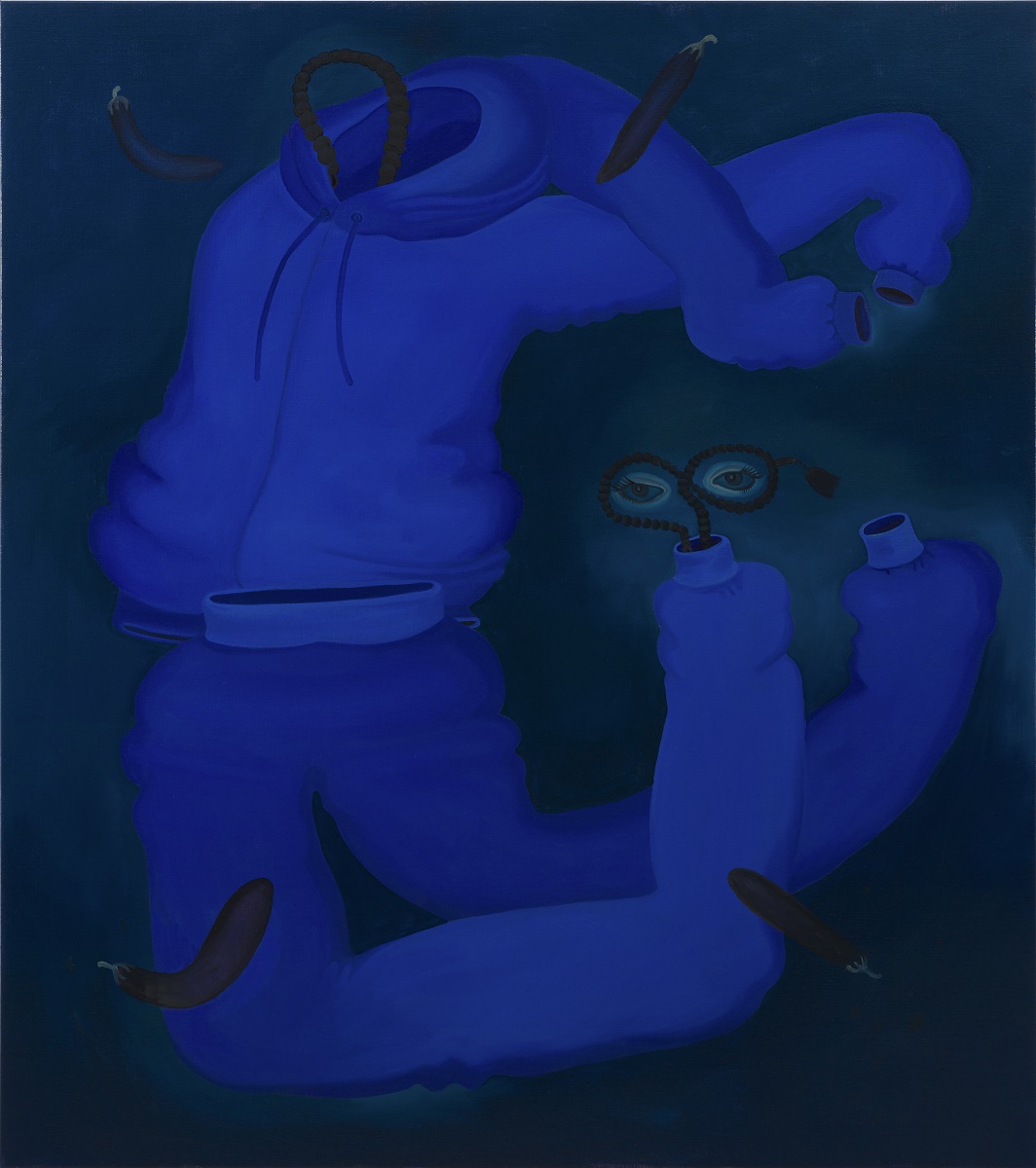