The works in the exhibition which takes its name from David Lynch’s lithography titled Dark Deep Darkness, meet one another on the intersecting planes of cosmos, earth and melancholia. The darkness, which represents the intangible hidden power in the works that share a common deeper feeling, is the fertile darkness of the eternal cosmos that has existed before anything else, as told in the book of Genesis. This amorphous, dense material gives life to what grows inside, just like a womb. The act of giving birth or creating is a bodily, visceral and unique experience, as poetic as it is. The enfolding, nurturing character of the dark matter brings to mind the earth. The mud of the earth is cooked by the fire; the fire in the heart of the terrestrial globe turns into a black, magical stone when it goes up to the earth's crust. In this sense, the exhibition positions itself beyond the negative meanings such as sadness, grief, mourning and death associated with black color in Western culture; and it rather focuses on the black as a mysterious force that embodies the characteristics of the movement in the moment of creating.

The philosophy that sees the universe as macrocosm has accepted man as microcosm, and argued that the four liquids in the body, known as four temperaments, affect the human nature. From antiquity to modernism, it was accepted that the excess of black bile, which is one of these four substances, caused melancholia. Related to the earth element, the black bile condenses as it deepens and eventually leaks out. Similar to the black bile, the ink is either spilled, leaving a trace with intense consistency, or pours out in a single stroke. Just as the duende Garcia Lorca mentions, what is inside drains out like an unrepeatable song. 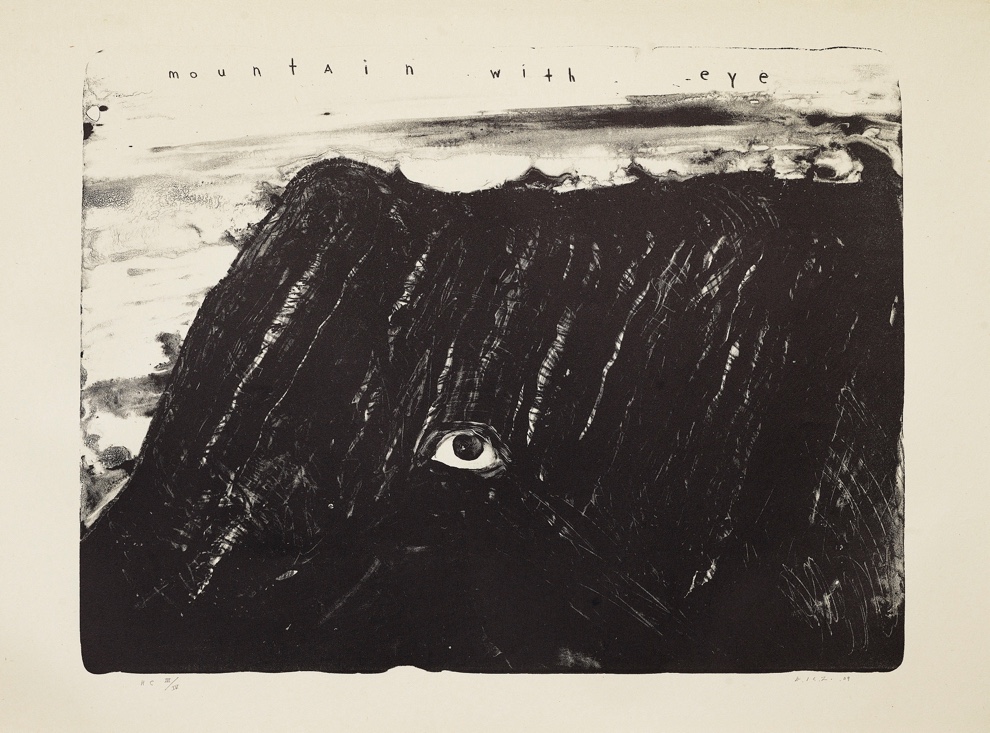