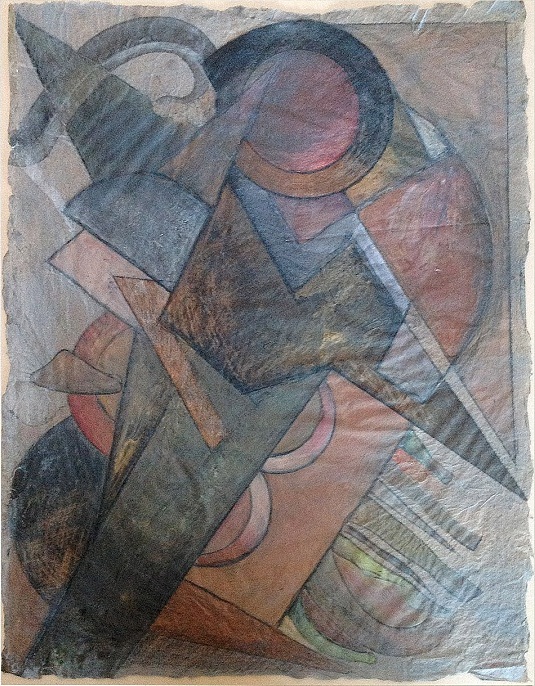 Nil Yalter’s search for absolute freedom is an element in all the works she produced since the 1970’s. The subject in question may be Yalter herself, or the protagonist or narrator of a story. In both cases, a woman’s struggle for freedom and equality as an individual is present in almost all of her works.

In this context, Yalter’s multi-media installation Hommage à Marquis de Sade, 1989 occupies a special place in the artist’s career. This body of work is considerably a manifesto of the artist’s style in the period from 1985 to 1993 during which she consciously emphasized her inner journey both as a woman and an artist. Nil Yalter comments on these works by stating that: “During the period in which I did this kind of [ethnocritical] work I was very active in politics. […] until I began to feel that I needed to get away from it. […] I felt the need at this time to give more attention to my own, personal art, which I had been developing all along.”

Yalter created this work in honor of the Marquis de Sade who rejected religious values and materialism, and is considered the pioneer of nihilism. She exhibited it in a small church as an in situ multi-screen installation representing the altar. This is also precisely where the act of deconstruction begins. In this video installation, all concepts appear alongside their complementary opposites: East-West, past-future, interior-exterior... The fluidity and transience of cloth and water run parallel to the solidity and permanence of sculpture and geometric forms to shape the image; and the female figure, both seductive and seduced, is placed at the center of the image. When the artist quotes Sade –“Nothing belongs to me, nothing originates from me”– she actually underlines the second part of this statement and interprets it as: ‘‘[ethical, political and religious obstacles are barriers that the creative woman (the artist) must bring down].’’

Patterns automatically drawn onto the naked female body left in the middle of scenes of ruins, which Nil Yalter describes as “constructivist viruses”, cite the female avant-gardes of Russian origin. The “praise” mentioned in Hommage à Marquis de Sade is not only aimed at Sade’s own understanding of freedom, and at the self construction of the subject, but also at all dissenters and uprisings that did or did not succeed in the making of history. From this viewpoint, it is no coincidence that the Marquis de Sade installation was produced within the scope of a festival organized on the occasion of the 200th anniversary of the French Revolution. Combining two dimensional images with video, Marquis de Sade also announced that Nil Yalter was about to switch media. From this date on, the artist produced two dimensional works in a computer environment, and from the 90’s on she went on to create interactive, three-dimensional work. In this sense, Yalter also carries out her own deconstruction in the Marquis de Sade video: departing from herself, she does not only conduct an autocritique of the creative woman, but also migrates, once again, towards new forms

Born in Egypt to a Turkish family in 1938, and based in Paris since 1965, Nil Yalter is a free-thinking artist driven by a strong commitment to social and political activism. Combining painting, drawing, photography, video and collage, with performance and installation, her diverse oeuvre is based on experience and an intuitive, emotional and physical articulation of knowledge. Her work is built by forging subtle links between the body and mind, forms and ideas, reality and the world of imagination, and her faith in material objects as receptacles for the markers of individual destinies. As a Marxist-Feminist, a woman and an immigrant, much of Yalter’s work focuses on the subjects of immigration and feminism. An interest in and search for identity and place, then, can be said to run throughout her work.