Nil Yalter, who continues her work in Paris, since 1965, is internationally well known particularly for her video installations with the themes like immigration, being a women, sexual identity and other social issues. “20th CENTURY / 21st CENTURY” will be her first personal exhibition at a gallery in Turkey, and it can practically be appraised as a small retrospective, since it contains many of her significant works.

Yarter was born in Cairo, due to his dad’s assignment there, in 1938, and spent her early youth in Istanbul. Yalter was painting since her childhood but during her education at Robert College, she was also interested in theatre, dance and pantomime in addition to painting. The artist, who continued her works without an art education in the traditional way, periodically opened personal exhibitions at Turkish-German Gallery in Istanbul, and exhibited her abstract works there, since early 1960’s. After visiting Paris for the first time in 1956 and building close relationships with the art scenery there by visiting the city for many more times, Yalter decided to be a resident of this city in 1965. While developing her works in a period on the verge of 1968 student riots, at first she produced generally large scaled canvasses that can be considered in the frames of concepts like Op Art, Minimalism and Pure Abstraction. However, the pioneering French art scenery that she was in dialogue with, directed Yalter to search for her expression also with the materials that stand outside the canvas. The artist, who got into an essential “process of questioning identity” in 1965-1970, focused her explorations on the daily events, social facts, and prejudices, and inclined towards experimenting with the techniques like drawing, photography, video and performance.

The era of questioning that came together with the 1968 events, when Nil Yalter went through a “transformation” in every sense of the word, made her think and produce works about the subjects like political discrimination, exploitation of immigrant laborers by the capitalist system, suppressant acts of male dominant society over women and racism. In these years, Nil Yalter dealt with the living conditions of immigrant workers, especially the Turkish laborers, started to document her researches and conversations, and by the help of sound and visuals, she started to position the social classes that are “alienated” right into the center of her works. These events opened the doors of a personal exhibition at A.R.C. Musée d'Art Moderne de la Ville de Paris, the “Topak Ev” project for the artist. This presentation in which Suzanne Page assumed the duty of production exhibition was the first personal show of a Turkish artist in this significant museum, and also positioned Nil Yalter to a certain place among the current trends of Paris that was in search of a different path during the time. Following this exhibition, Nil Yalter announced her “criticizer attitude” primarily with her videos that she exhibited consecutively at many important group exhibitions and also in her installations, video sculptures and interdisciplinary works that she produced by using the resources of New Media Art.

Nil Yalter’s personal exhibition at Galerist includes both her canvasses produced after 1965 and her earlier video works. Furthermore, the main body of the exhibition consists of the video installations titled “Harem” (1979-1980), “Sound of Painting” (2005-2008) and “Lord Byron Meets the Shaman Woman” (2009), which all have a significant place in Yalter’s artistic evolution. As the artist emphasizes also by the name of the exhibition, “20th CENTURY / 21st CENTURY," she does not only take her works from the past as the starting point, but she combines her works from two different time periods. She practically invites the viewer to a voyage through a time tunnel by exhibiting her abstract paintings from 1960’s together with her new video works that she produced by taking the main values of these paintings as the basis. This approach that aims to create a distinct bond between yesterday and today, past experiences and the things that are current is one of the significant qualities of the artist, who brings out her “questioning artist” attitude. One of the most important surprises of the exhibition is a video work that she completed in 1979, but never exhibited, until now. The video titled “Shaman” that will be seen for the first time shows Nil Yalter during one of her performances in Paris, using some Central Asian shaman masks from the collection of old Musée de l’Homme. This video of the artist, who made comprehensive research on Shaman culture, aims to bestow their old function to the masks, which have lost their magical/spiritual qualities when they have become a part of an ethnography museum collection.

The divergent and contradictory qualities of Nil Yalter’s works take her above the position of just being a “historical” artist. In today’s “global inequality” environment that shows itself explicitly, by referring to various questions and issues through her works exhibited at Galerist, the artist invites the viewers to think actively. 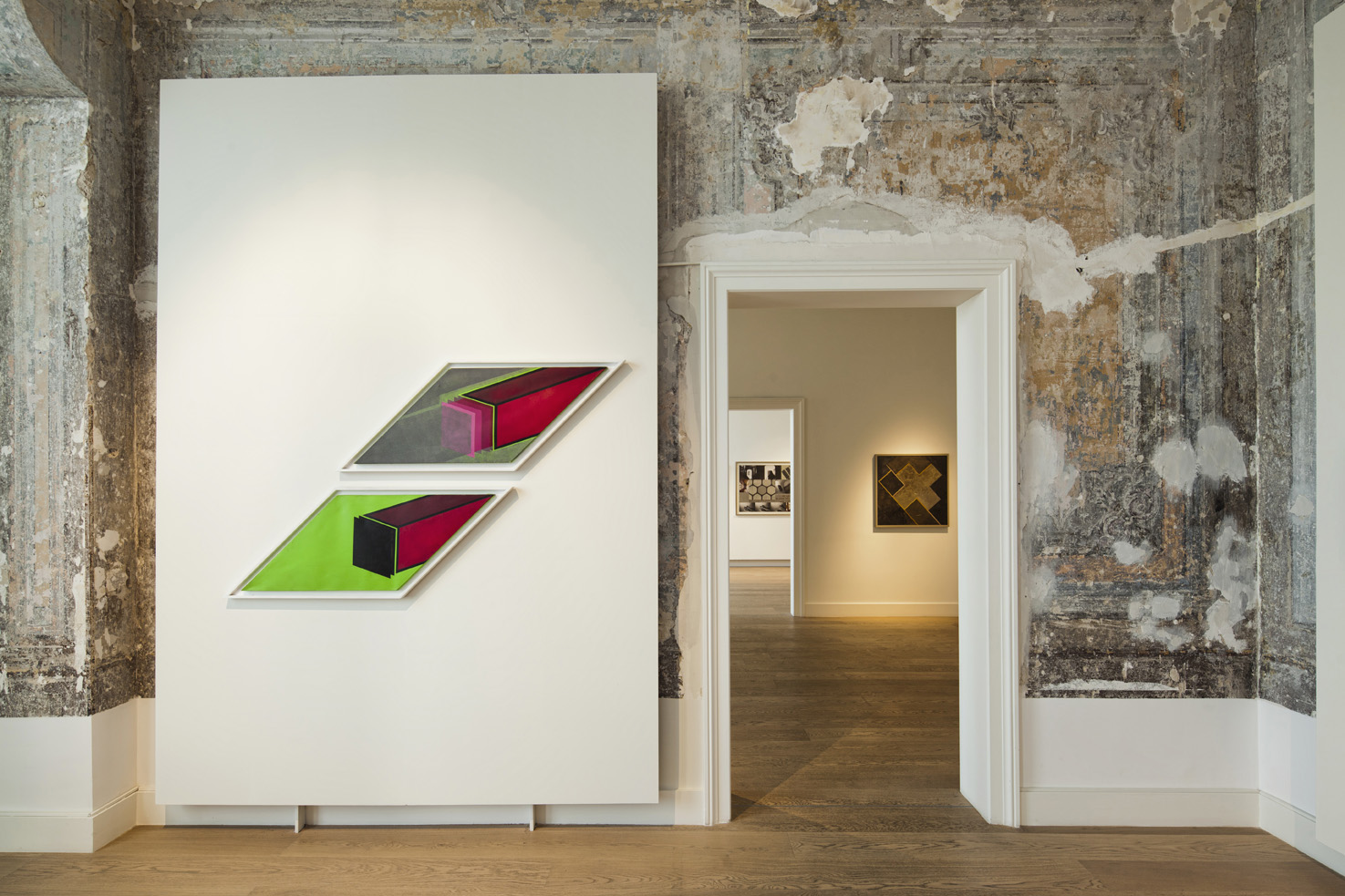