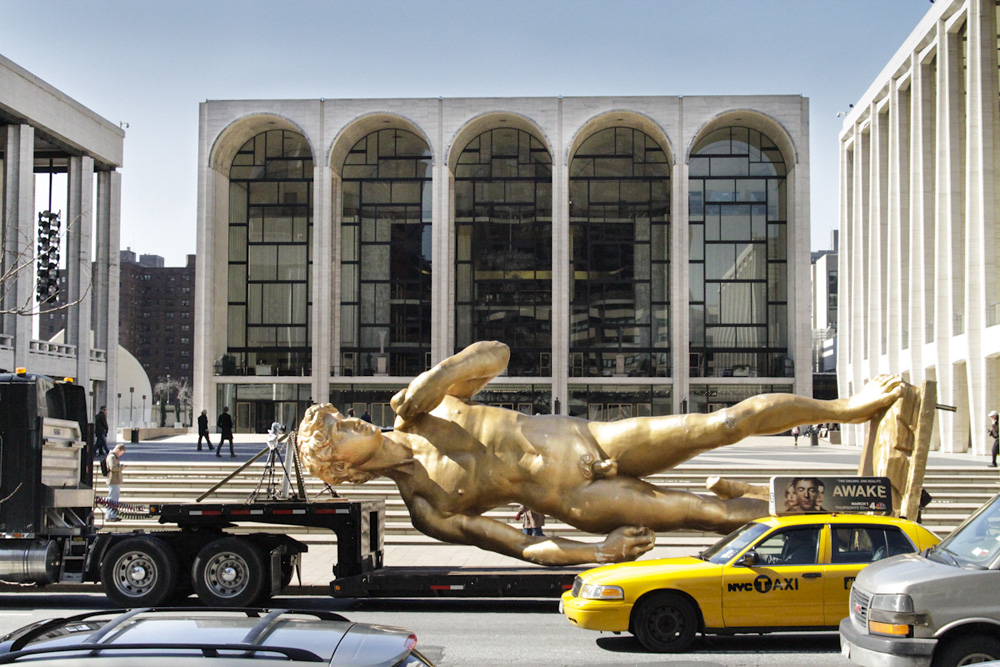 The World Premier of Serkan Özkaya’s documentary “The Rise and Fall and Rise of David” aired in Palm Springs, CA, U.S.A. on April 4, 2016. Filmed by Turkish director Deniz Tortum, the documentary was listed as one of the Official Selections of the 2016 American Documentary Film Festival. Without seeing the original, artist Serkan Özkaya builds his double-size, golden replica of Michelangelo’s David based on a computer model, only to witness its collapse days before the opening of the 9th Istanbul Biennial (2005), where the work was to be shown. Collector Steve Wilson from Kentucky finds the artist and the duo initiate a resurrection of the restored statue on the streets of New York after a long journey in the Atlantic.