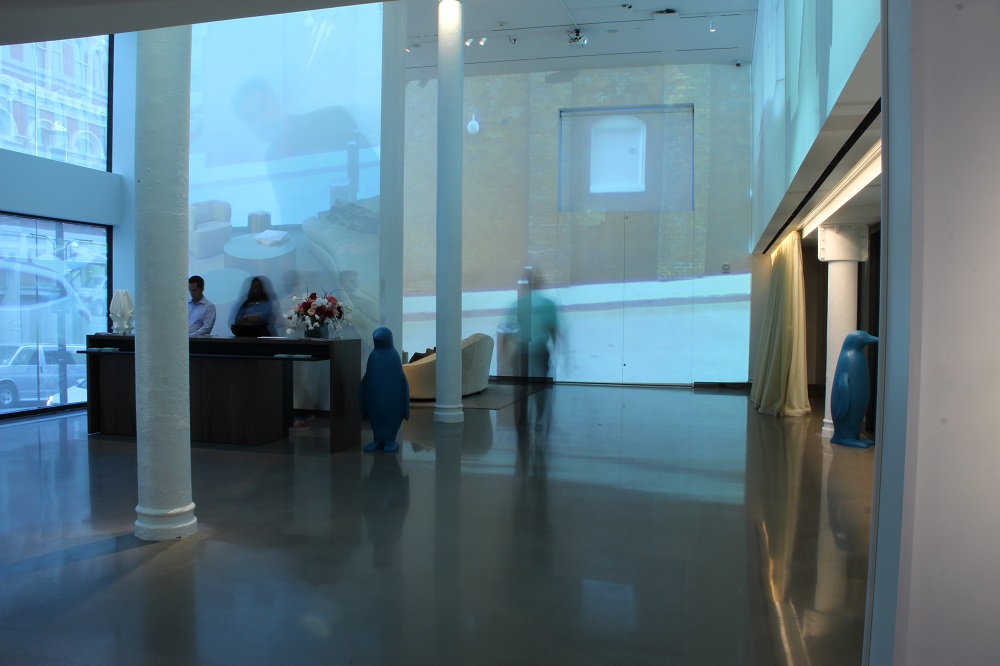 Galerist is pleased to announce that Serkan Özkaya is participating in the group exhibition titled ‘Truth or Dare: A Reality Show’ opened in May 9th at 21c Museum in Nashville, U.S.A.. The show highlights 21c’s commitment to using art as a lens through which to view important current events and issues, exploring the complicated nature of truth today. The exhibition will include painting, sculpture, photography, video, digital animation, and installations by more than 24 artists that layer fiction with fact, narrating both the complexity and the necessity for seeking and speaking the truth. Through works that simulate games, maps, sleights of the eye and hand, and draw on illusion, the exhibition playfully and thoughtfully navigates the slippery terrain between fantasy and reality.

The centerpiece of the exhibition will be Serkan Özkaya’s ‘An Attempt at Exhausting a Space in Nashville’, an immersive installation that will be projected throughout the lobby. The work will give visitors the illusion that the walls of the building have dissolved, creating a seamless transition between interior and exterior, and revealing, in real time, views of North Second Street, of the newly activated pedestrian alleyway on the east side of the building, and of interior spaces otherwise hidden from view. Özkaya, whose David (Inspired by Michelangelo) —a larger-than-life golden statue—is installed at 21c Louisville, has a longstanding interest in exploring boundaries, appropriation, and reproduction, and this work continues his use of illusion to dissolve fixed barriers.

21c Museum, a multi-venue museum with locations in seven cities, is one of the largest contemporary art museums in the U.S.A. and North America’s only collecting museum dedicated solely to art of the 21st century. It was founded in 2006 by Steve Wilson and Laura Lee Brown.