With this two year-long project, Nuri Kuzucan tests the grounds for constructing a neutral plastic space through the works he creates as well as the names he invites to the time and space generated by the exhibition. In addition to Nuri Kuzucan, ‘Open Space 2’ hosts works by (in alphabetical order) Suat Akdemir, Ali Kazma, Sinan Logie, Seçkin Pirim, Kemal Seyhan and Canan Tolon.

Within this collaborative project where each artist expresses their unique perspectives and disciplines, the works create a sound within their own silence as they open up constructive debates among themselves and with their audiences while presenting an independent yet multilingual space of consciousness and activity.

Suat Akdemir assigns the memory of a singular yet plural work dated 2006 - 2020 into Kuzucan’s ‘Open Space’ with an optical, autobiographical and deconstructivist attitude. Akdemir’s work also draws attention within an art historical context with influences from the DaDaist movement, Russian deconstructivist understanding and its associations with Fluxus.

Ali Kazma participates in the exhibition with his works Calligraphy, 2013 and Press, 2019. In a discussion of Kuzucan’s works, Kazma affirms that, “A space opens and closes, it stretches and breaks. It changes as you look at it. And you are once again reminded of the endless possibilities of experiencing the world.”

Sinan Logie, who questions the relationship of geometrical forms with space and conception, attends ‘Open Space 2’ with a recent work. For this exhibition, Logie interferes with the fundamental forms that have become idiosyncratic in his oeuvre by creating new, transparent matter that is both filled with and emptied of water and ink. Thus, Logie makes these forms that he continually questions and reinterprets visible and engages them in dialogue with the other works in the exhibition.

Having crossed paths during the production of their works, Seçkin Pirim attends to Kuzucan’s consideration of process and conclusion, presenting two works titled The Resulting Process. The work brings to question conceptual borders like the front, the back, the inside and the outside of a structure.

Kemal Seyhan contributes to the project with two works; one of which is a revisit of graphite on canvas that he constructed in 1992, having separated from its stretcher bars and folded into a work pointing towards its plastic and conceptual evolution. Seyhan describes this conjuncture as a melancholy and states that “when the canvas is folded upon itself, it claims the environment that it creates which transforms it into some sort of a sculpture and an object of memory”. Within Seyhan’s identity, the work blurs the lines between looking and remembering.

Canan Tolon, who lives and works between San Francisco and Istanbul, merges her unique artistic expression that questions perspective and is prone to architectural and perceptual multifacetedness in the work she exhibits in ‘Open Space 2’.

The space that Kuzucan has been constructing since 2004 under the title ‘Open Space’ is arguably one that stays loyal to a dialectical paradigm and questions its own claustrophobia; a collective of an imagery practice that desires to set it free from the inside. The project adds a new layer of commentary on the virtual, physical and conceptual debates within all contexts and spheres over existence and nothingness by chaotically coinciding with the global Covid 19 - Coronavirus pandemic. 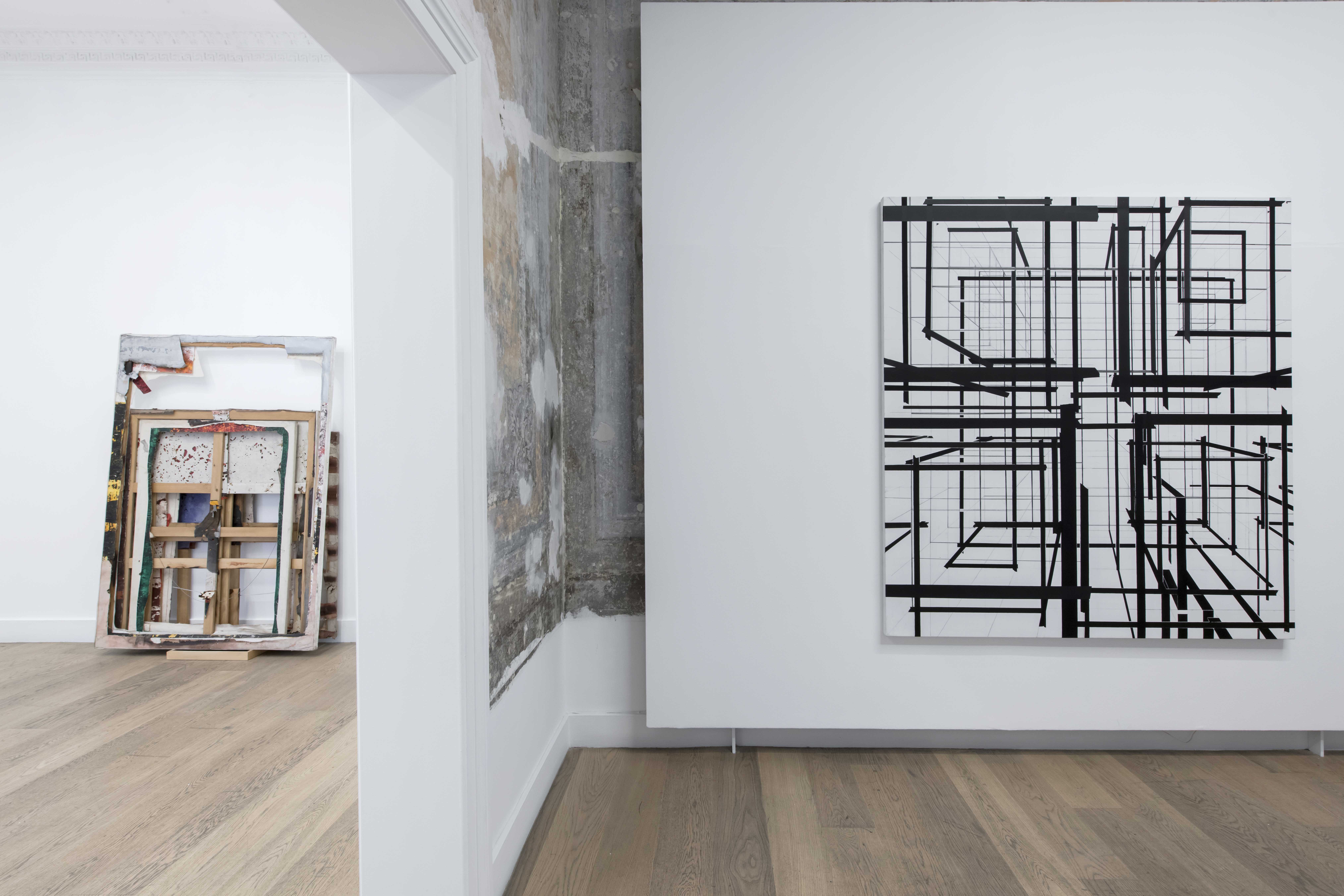