The exhibition expresses, under a variety of themes, the artist’s physical and spiritual journey over the last two years. Telgeren, using a unique language to depict narratives from her personal experience, describes her exhibition as a step towards new beginnings.

The first theme introduces the concept of building the future. It is a eulogy to the experiences of being on the road, the diversity driving from the collective consciousness, the development of the mind with the complimentary expansion of the heart and the adventurous spirit that is indispensible to achieve all this. The artist defines these works as a part of a single joyous crowd whose members sing along to the same song, but each contributing with their own distinctive timbre and note. The second theme, introspection, requires genuine confrontation and acceptance of self. Telgeren reveals the impossibility of realizing self-development without deep contemplation of and purification from one’s conflicts, unresolved issues and futile fixations.

The artist exposes the polar tension of her anger, fear and love while hinting at the origins of the plastic imaginary character which she created  in her own likeness. With dreams of composing a constructive army, she produces a series of imaginary characters composing equal parts of a unitary whole by her hand-cut stencils along with a variety of tecniques.

For the first time, Telgeren collaborates with Cem Köksal, a musician and an electro guitar viruoso. Köksal produces the third of his own custom design guitar, ‘Shark’, especially for this exhibition. The guitar is then hand-painted by Ayça Telgeren. She reinterperets a drawing of her own hand from 2011, which gives its name, ‘Hand of the Artist’, to the exhibition. Leaving empty only the part where Köksal’s hand would touch the guitar, the two artists shake hands over their artistic intruments. 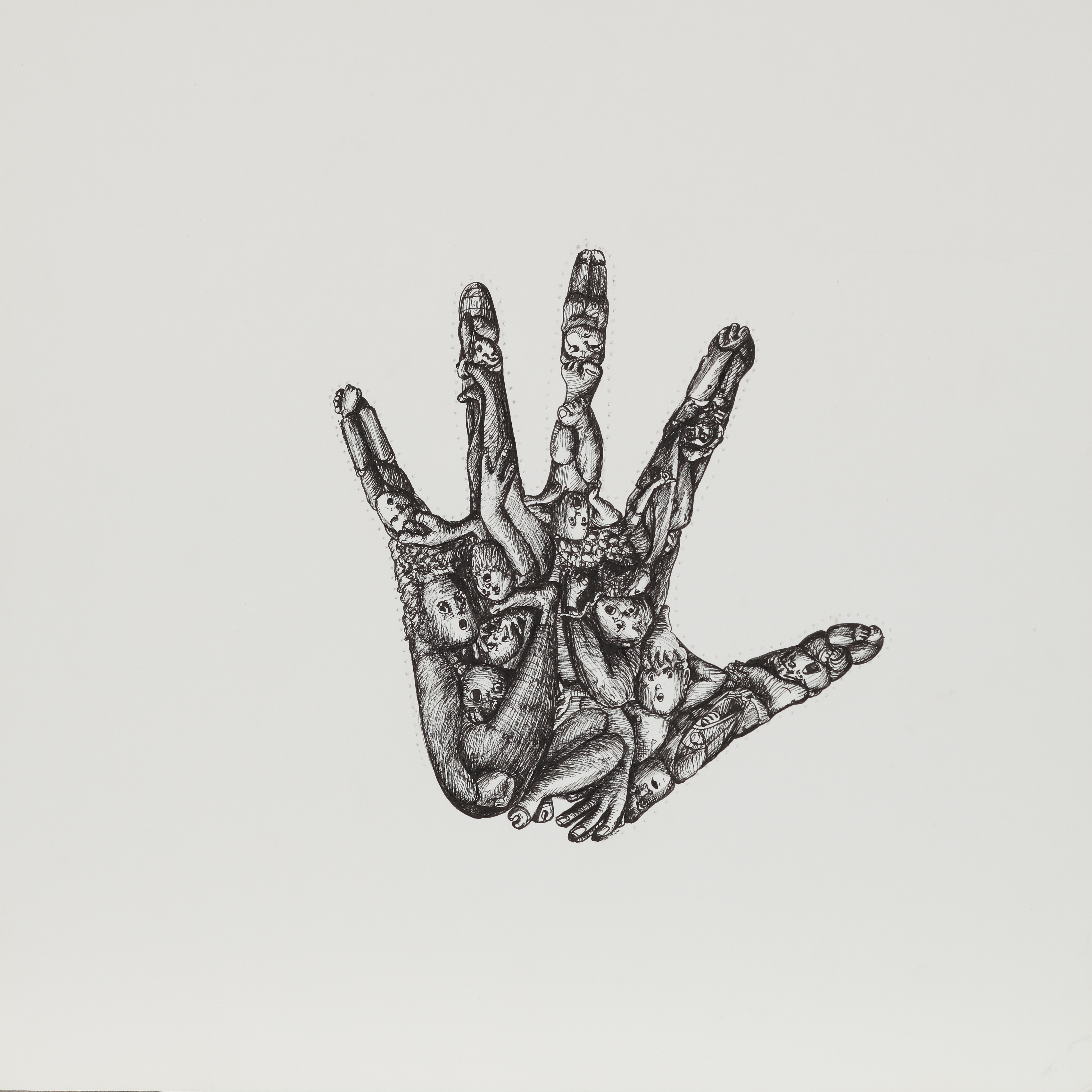